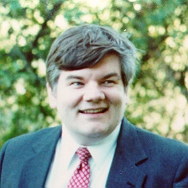 This is a portrait of the author as a young man. At least as young as he is now. I hope to use will use this venue for communicating with my adoring public. Yeah right. You want to send me mail?

is my address. Feel free, I don't bite. I just nibble a bit. Oh, iff you're a spammer, click the link, don't type it in manually. Thanks.

What's In this Home Page?